Defensive Pistol with the Glock 42

Last week was the monthly Defensive Pistol match at our local range.  I thought it would be a good way to break in the Glock.  I know it's a little crazy to take a BUG to a full-on match.  Usually, we have a BUG side-match that is specially designed for mouse guns, but what fun is that?  Anyone can shoot one stage with a baby gun.

I've stated it before: I use the Defensive Pistol matches as practice time.  You just can't get the same type of practice standing at a line taking all of the time you want to take your shots.  Most ranges won't let you shoot and move, or shoot from unconventional positions.  I know some ranges that won't even let you draw from a holster.

It's a good thing that I use the matches as practice and don't worry too much about my time, because otherwise I'd be really sad that I came in dead last. :)

Mez was kind enough to bring his mouse gun to shoot the match with, too.  He's obviously got a lot more time on his gun than I do and does amazing things with his little Sig P238.

The first stage we shot was 48 rounds if you shot it clean.  I did not shoot it clean and had to have Mez follow me to reload my mags.  As a general rule, having five magazine is plenty, but in my case, five magazines only gave me 30 rounds (31 if I "cheated" and loaded one in the pipe, which I totally did).

Let's just say I got lots of mag change practice on that stage.

Overall, I'm very happy with the Glock.  It ran very well, with just a couple of exceptions.  I had some double feed issues.  Being a Glock, it was easy to take to the safe table, strip it down, clean it, and put it back together.  I'm not entirely sure that it was a dirty gun issue.  It could have been a cheap Russian ammo issue as well.  I started the day shooting Federal and didn't have a problem, but quickly ran out (remember the first stage?) and had to borrow some ammo.  I didn't have any problems with the Federal, but the gun was clean then, too.  So it could have been a one, both, or either problem.

200+ rounds downrange with just a couple of hiccups.  I'm happy.  I need to run a few hundred more rounds through it, of course, but it feels great in my hand and, hey, I cleared the Texas Star with it!

To be fair, I should mention that Mez also cleared the Texas Star with his even smaller mouse gun.  The Sig isn't much smaller than the Glock, but it is smaller. 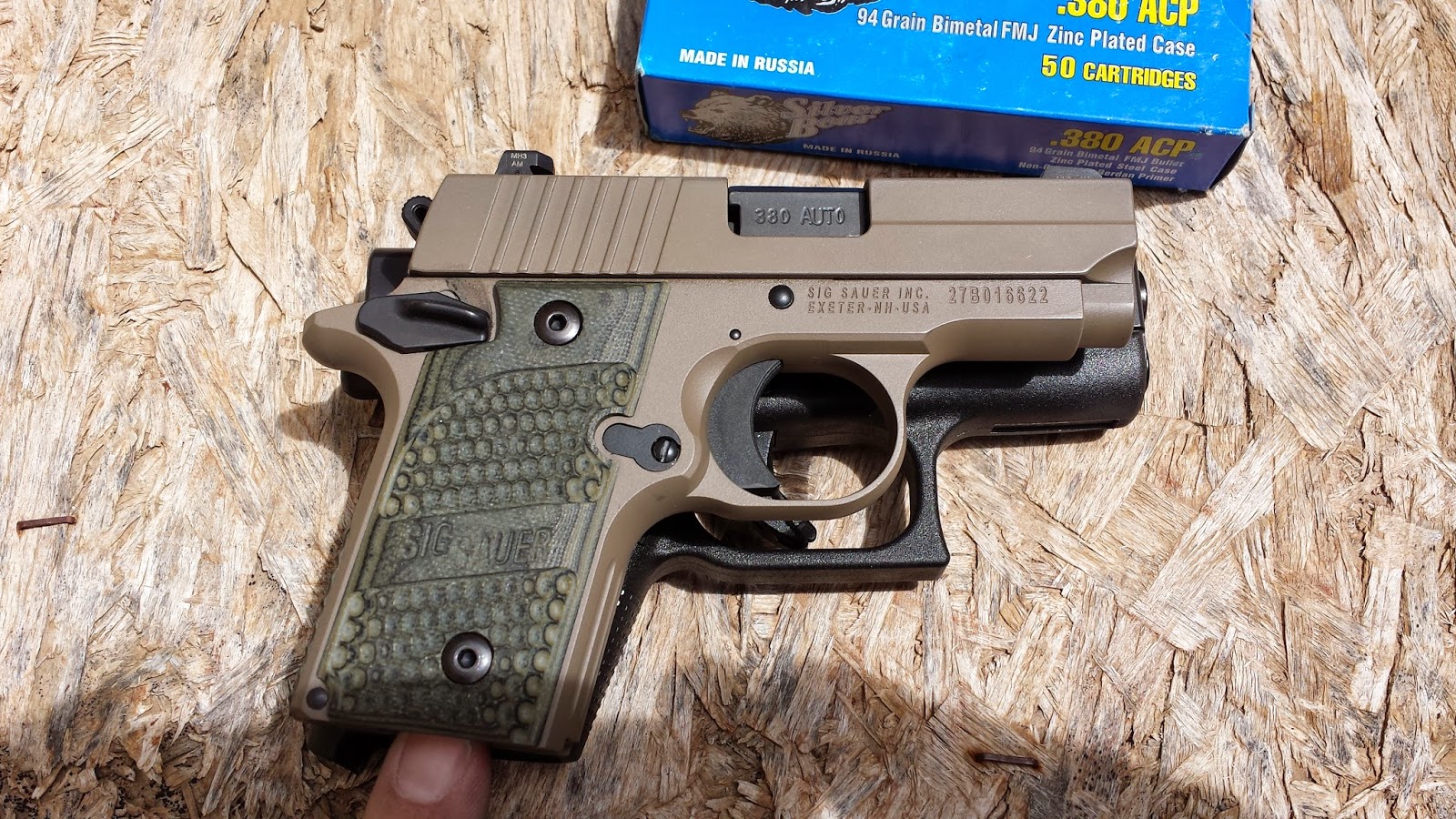