Each night after SHOT Show, the GunDudes and I did a brief Facebook Live video. I've had deaf and hard of hearing friends most of my life, so I try to be inclusive when I can. I knew my friend Rachel would want to watch the videos, but wouldn't be able to because I didn't know how to close caption a live video.

I texted her with a crazy idea and she supported me, so I'm going to try something new. From now on, all of our videos (including FB live once I figure that business out) will be closed captioned (CC is not the crazy idea) and I'll be signing (that's the crazy idea). She was very supportive, which gave me the courage to really step out of my comfort zone.

We don't post a lot of content on our YouTube page, but from now on, any video I make will be done in sign, along with CC. My hope is to make shooting more accessible to my deaf and HoH friends. Maybe, with enough practice, next year's SHOT Show end-of-day videos will also be done in sign.

Posted by GunDiva at 7:43 AM No comments:

SHOT was difficult for me this year. As usual, I looked forward to the trip, to seeing the new products, and to seeing people I only get to spend time with once a year. But I just couldn't muster much enthusiasm. If you watched out live feeds, it was readily apparent that my heart wasn't in it this year.

For the life of me, I can't figure it out.

Nonetheless, I had a good time and got to put my hands on some really cool things.


Industry Day started out nicely, as I got to shoot the new Mossberg 940 JM with none other than the Master himself, Jerry Miceluk. 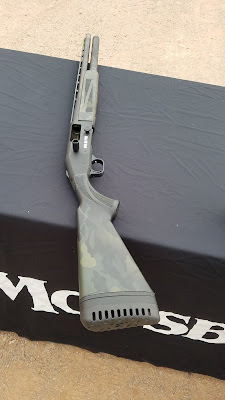 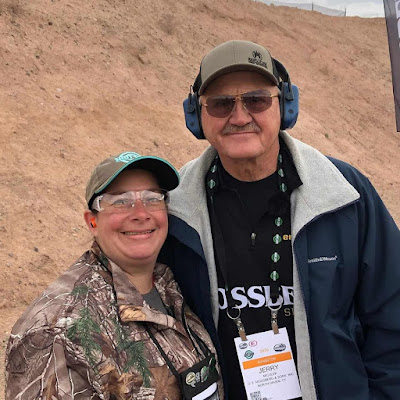 I'm not gonna lie, I fell in love with the shotgun. But it is a bit out of my price range. It's well-thought out and Mossberg is doing a good job of listening to the Miceluk family as the end users. 3G folks are going to be falling over themselves to pick up this shotgun.

We also shot the much talked about Glock 44. I wanted to hate it, because I feel like Glock has been resting on their laurels when it comes to innovation. They were ground breaking in the 80s, but haven't been doing much in the way of innovation since. Yes, what they had worked, and changed the gun industry with their fantastic plastic. But ... they haven't done much since. They were very slow to market with single stack versions (G42 and G43), despite people clamoring for them. To be so late to turn out a .22 trainer is almost unforgivable, so I really wanted to hate this gun. 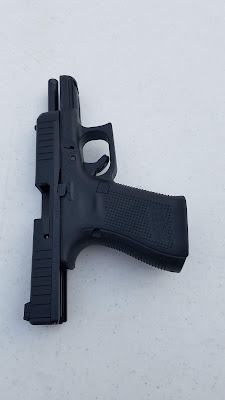 Turns out. I kinda liked it. A lot. Maybe not enough to buy one yet, but I do see that it has a place in my gun safe as a teaching gun. There have been some reported issues with the polymer on the slide cracking, and some feeding issues, but I'm not convinced it's as big a problem as some writers would like you to believe. I'll wait until this has been on the market a year or so before I made a definite decision whether or not to buy one.

Another highly anticipated gun was the Colt Python. I loved it. So much fun. However, my carpal tunnel syndrome did not like it. At all. We were only shooting .38 Specials, so nothing that I shouldn't have been able to handle, but after only ten rounds my carpal tunnel was flared up for two days afterward. I also managed to tweak my thumb and am now suffering from tendonitis. I think between the carpal tunnel syndrome and the tendonitis in my thumb, it's a clear indication that this gun does not fit my hand and isn't the gun for me. 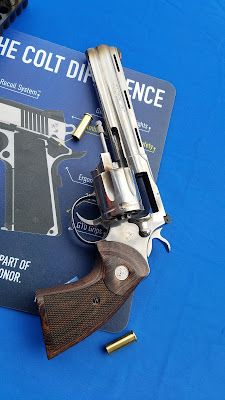 The trigger was so nice and smooth. I'm not an expert in revolvers, but I know that pretty much every revolver I've shot has had a "crunchy" trigger. This new Colt did not. Other than the flaring up the carpal tunnel and giving myself tendonitis, I had so much fun shooting this gun.

Despite my love for fire power, I have an almost equally deep love for crossbows. GunDude Jay bought me one a few years ago for Christmas and I do love that crossbow. 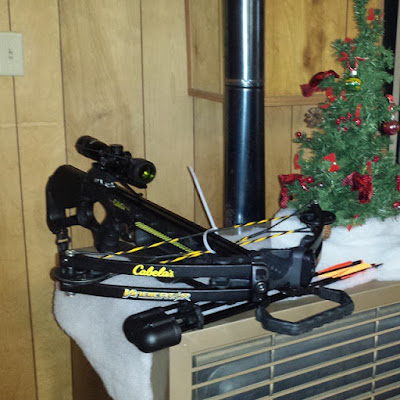 It's awesome, but there's one itty, bitty problem with my Christmas Crossbow: I'm both too short and too weak to cock it. I've been threatening for years to buy an aftermarket crank, but those things are expensive! 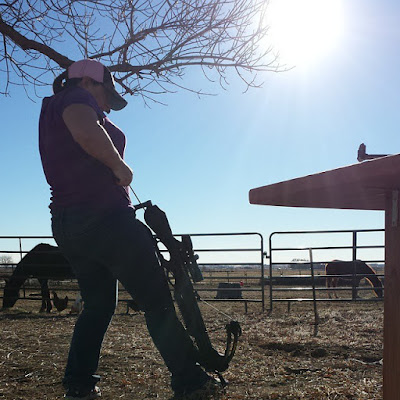 Luckily, GunDude Jay loves me and would do the heavy lifting when I wanted to shoot, but that's hardly being self-sufficient. Imagine how happy I was to see the Mission Crossbows Sub-1 Lite. Not only is it compact and light-weight, but I can run it by myself without an issue. 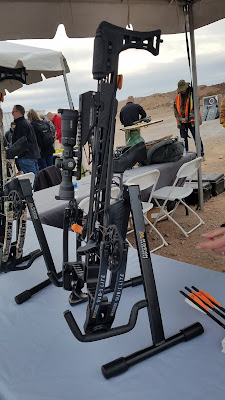 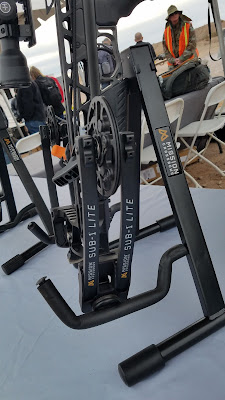 Of course, I had to go by the knife/axe/shovel/star throwing (AKA Buckmaster) tent and throw pointy things, something I also really enjoy. I had left the boys to at whichever booth piqued their interest and wandered over to throw sharp, pointy things, so unfortunately I don't have any pictures, but I do have some fond memories.

Being Industry Day, we shot so many guns they've run together in my mind. Mez took good notes about each gun he shot, but I only jotted down notes on the ones I was interested in, so this is what you get from me.

Eventually, everyone else will get around to posting their impressions of what we saw at Industry Day.
Posted by GunDiva at 4:47 PM No comments: