We've Got A Visitor A'Comin! 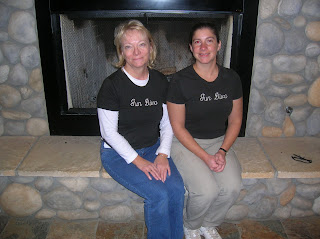 My tall(er) blond friend and fellow GunDiva, Tara Janzen, will be joining us for a couple of guest posts.  I've told the story before, I think, but we met while she was doing research for her CRAZY/LOOSE series of books.  I was working at the gun shop and was asked to be a co-instructor for a family taking a basic handgun course from the Original Bad Boy.

I was beyond honored to be asked to co-instruct the class to begin with, but then I found out that the family included an award-winning author and since I've wanted to be a "real" author my whole life, I was beside myself.  Tara had started a series of romance/action books based in Denver; the Steele Street boys, a group of reformed juvenile delinquents, are now a part of a super secret government team working to stop the bad guys.  As part of her research, she took a basic handgun class.

Her newest book LOOSE ENDS is being released on the 25th and she will join us for a Q&A session on its release date.  In the meantime, we'll be headed to SHOT Show and drooling over the guns.  And, for her, it's a research trip - which means write off.  I really need to get published - going to cool places and getting to write it off, is just about the coolest thing ever.

Join us on Wednesday, January 12th for Tara's Guest Post on why you should ALWAYS fight back (keeping with the Attitude theme).
Posted by GunDiva at 5:38 PM

Most excellent! I can't wait to "talk" with Mizz Tara!!


Diva-- stop drooling so much at the SHOT Show goodies... the vendors don't bring mops along ;)