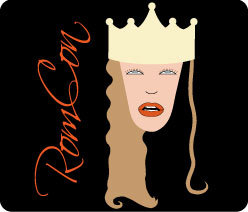 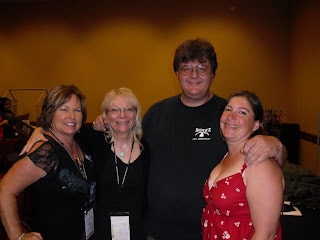 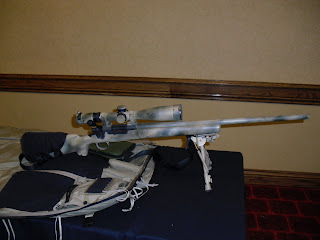 For a participant's take on RomCon, click over to Terry's Place and see what she had to think about it.  Terry's an author whose blog I've followed for a couple of years; I had the opportunity to hang out with her at Writers' Police Academy last year and was thrilled to see her at RomCon.
Posted by GunDiva at 2:26 PM

One of my favorite Firefly quotes: "I can kill you with my brain."

It was great seeing you, and SO sorry I didn't get a shot of your demise(s). I was too busy watching!

Suz - just read your links. Now I'll have to read the book. Love me some fast action-type books.

I'm glad she took the time to email you back (even though it was short and sweet).

The best two in the series Black Ops series are "Take No Prisoners" (has some genuine complexity in the relationship development)and Whisper No Lies" (totally kicks ass on just about every page.)

My dream to someday be able to go to RomCon. Sounds like you had fun!