The Glock I Wanted To Hate

Most of you know I shoot a 1911 and some of you might think that because I shoot a 1911 that I'm not a fan of the Glock.  I actually *love* Glock.  I just got frustrated with having to do "the juggle" after each shot because no matter what I did, the gun just never fit my hand.

(And, in the interest of full disclosure, my Glock was possessed.  Shit broke on it that just doesn't break on Glocks.  No one believed that it was possessed until they had to shoot it, then they were believers.  It was a lot like telling someone your house is haunted and they think you're crazy until they have a run-in with the ghost.)

The Glock had to go, so I sold it in a fit of anger and put the money toward the Para, which fit my hand.  Now, don't get me wrong, I love the Para, but I've been waiting for years for Glock to make a gun that fits me.  When the G42 came out, there were lots of immediate haters because of the caliber.  I wanted to hate it, I really did.  But then I shot it at Media Day.

This was the Glock I'd been waiting for.

Picking it up was like putting on a favorite pair of jeans.  It doesn't matter to me that it's only a .380 (and, yes, like everyone else in the world, I would have preferred a 9mm), because it fits my hand and feels like coming home. 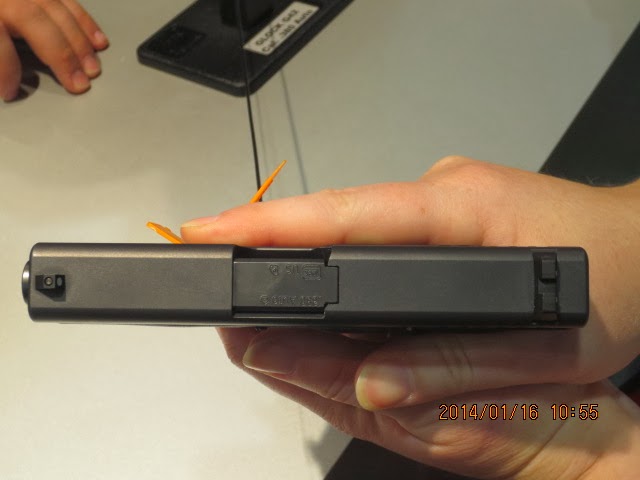 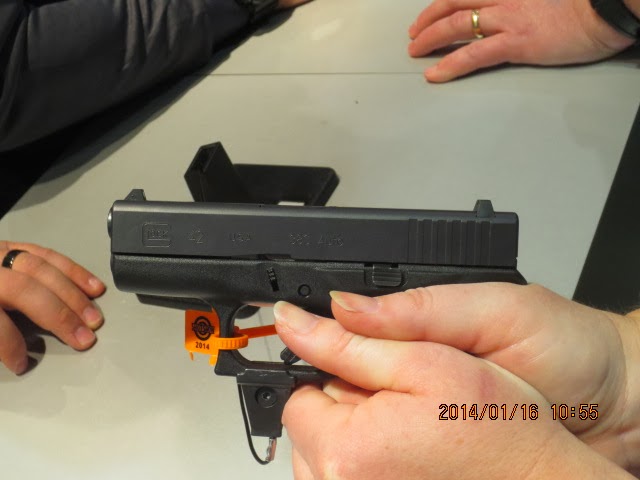 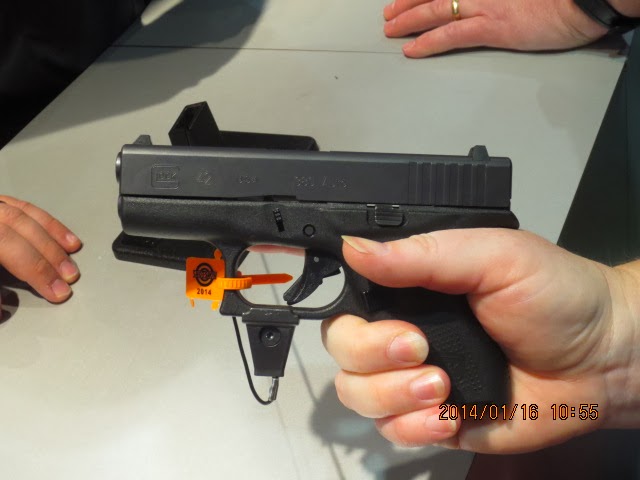 Just for comparison, here's a picture of me holding the new  G41 Gen4... 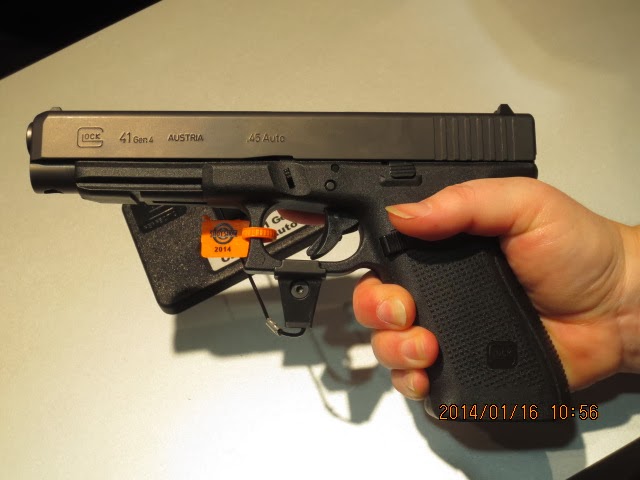 The difference is astounding.  I shot them both side-by-side at Media Day.  I shot the G41 very well, but had to do "the juggle" between each shot.

Picking it up didn't involve any positioning or re-positioning as I tried to find the sweet spot that would allow me to reach the trigger.  I just picked it up and shot without having to do "the juggle".  It was a unique experience.  I wasn't as accurate as I had hoped, but a pocket pistol isn't typically as accurate as a long-slide .45, so I'm not worried.

I'll tell you what: I loved it so much that I'm selling the Tomcat to buy this new Glock.

(P.S.  Don't forget to enter our giveaway.  We brought a lot of stuff home and would love to share it with you!)
Posted by GunDiva at 4:48 PM

The 41 would be too small for my hands, maybe my better half JUGM would have better success with that. The 42 looks interesting. May keep my eye out for one.

Now I see what you were talking about - great photos - and agree wholeheartedly, there's nothing like a gun that really fits your hand.