After Saturday's happy day at the range, I was hoping to get out again, but the weather didn't look like it was going to cooperate on Sunday. I did some horse chores, then decided it was warm enough to take the dueling tree for a run. I texted my brother to grab his wife and their guns to join me.

(Okay, I had to invite them, because the dueling tree doesn't fit in my car, but don't tell them that.)

If you don't follow us on Facebook, you might be a bit behind on the dueling tree saga. I've had this tree for a while - years - but back when I was in the running to audition for Top Shot I accidentally shot a hole in one of the plates with a 45-70. I say accidentally, because though I was aiming at the plate, I didn't actually think I'd hit it. I was shooting from the Bosu and the tree was out there a ways. In fact, I think I have video of it somewhere - I'll have to look for it.

Anyway, I went to the lowest bidder to fix the plates and the fixes were bad, Bad, BAD, so the tree has been sitting out of commission for about five years. In talking to one of the shooters at my local match, I found that he is a welder and he offered to make new plates for me. I jumped at the chance!

Mez took the tree frame to his place to clean up the rust and re-paint it. I got all mushy on Facebook about how I'd found my "tribe" and how lucky I was to have people in my life who were willing to pitch in and help. I got a picture of my new plates and they were beautiful.

A few days later, Jay and I were pulling into the driveway and Jay just stopped the car for a moment and turned to tell me, "looks like Mez dropped off your tree". I had my nose buried in my phone for some reason and looked up to see my pink, sparkly tree. Yes, pink. With sparkles. 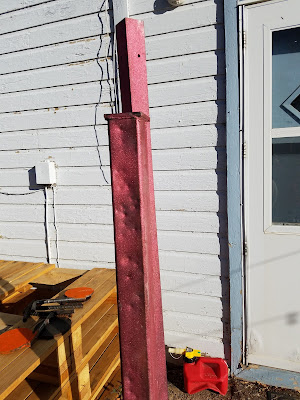 So my "new" dueling tree has been sitting outside of my front door for a month, it was time to take it for a spin. My brother was kind enough to pick it up and haul it to my friend's house. She was kind of cute with her bright white plates (well, three of them anyway) and her sparkles. 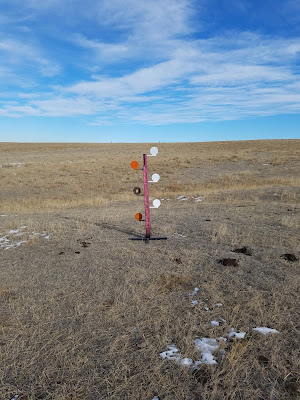 Besides being plain fun to shoot, I love the instant feedback. I've been struggling with my Big Dot sight on my Para. And by struggling I mean, I hate the damn thing! I've spent the better part of two years trying to learn to shoot with it because I'm too cheap and stubborn to switch back to my factory sights. It took three shots to figure out how to use the stupid Big Dot.

I had been lining up my sights to cover the target, as instructed when I switched to the Big Dot. I never felt comfortable with that, because it's so big that I couldn't really see what I was shooting at. My first couple of shots on the dueling tree were misses and when I asked my brother for feedback, he told me I was shooting over the plates. I adjusted my sight picture so that the target was sitting on top of the Big Dot sight and got my first hit. Just to make sure it wasn't a fluke I did it again and again. Shooting at steel was just what I needed - I needed the immediate feedback on my sight picture. When shooting at paper, it's not always easy to see if you've impacted where you were aiming.

We took turns shooting at the tree and had a blast. Finally, as it was getting colder, my brother and I went head-to-head on it. It was a draw, with each of us winning a round. 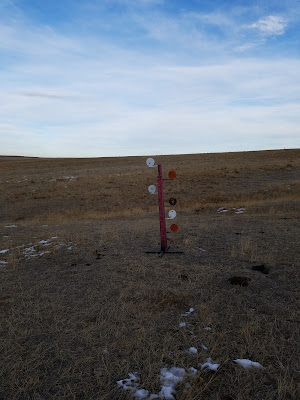 The tree lost some of its sparkles (I think each of the three of us managed to hit the frame at least once), and the shiny new white plates are no longer shiny and new.

Home on the Range said...