I had the opportunity to spend some quality time at the range yesterday with close friends and family. It was not my day on the rifle range; however, the pistol range was another matter entirely.

The M&P is starting to show signs of adequacy if not actual promise. 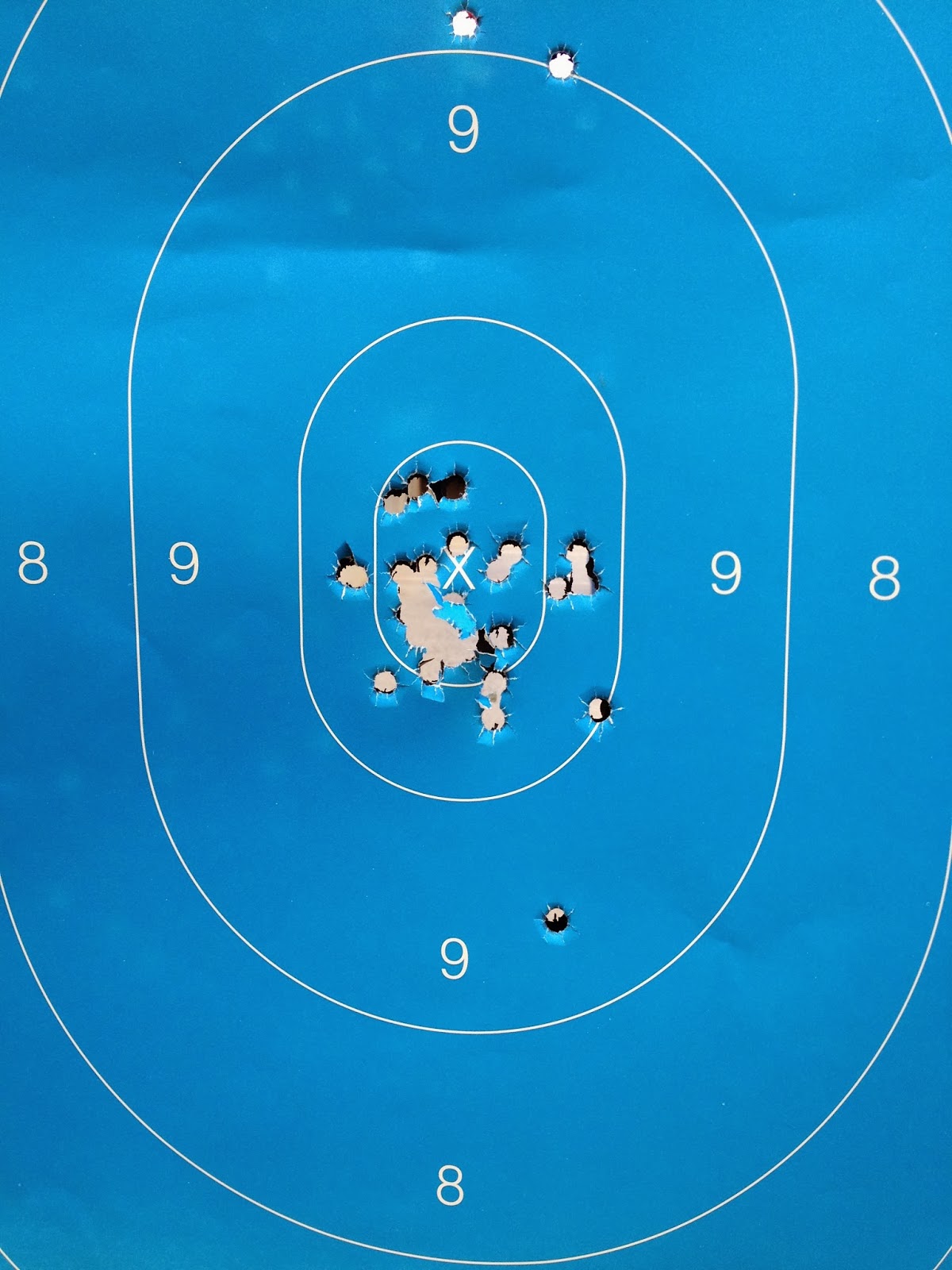 That's roughly 30 rounds at 7 yards. The top two shots near the twelve o'clock nine are the bottom of my best friend's test drive mag aimed at the twelve o'clock eight. I own the shot near the six o'clock 9 as a called flyer. I would call tearing up the 10 and x rings more than acceptable.

While the M&P trigger is clearly workable as is, I still don't like it as much as I would like to. As a result, we are rapidly reaching the point at which time I order the Apex kit. Borrowing my cousin's girlfriend's Glock 23 (earlier Gen...probably a post AWB Gen 2 based on the plethora of 10 round mags) for 10 shots didn't help especially when I turned out even better accuracy from the Glock without even thinking about it. 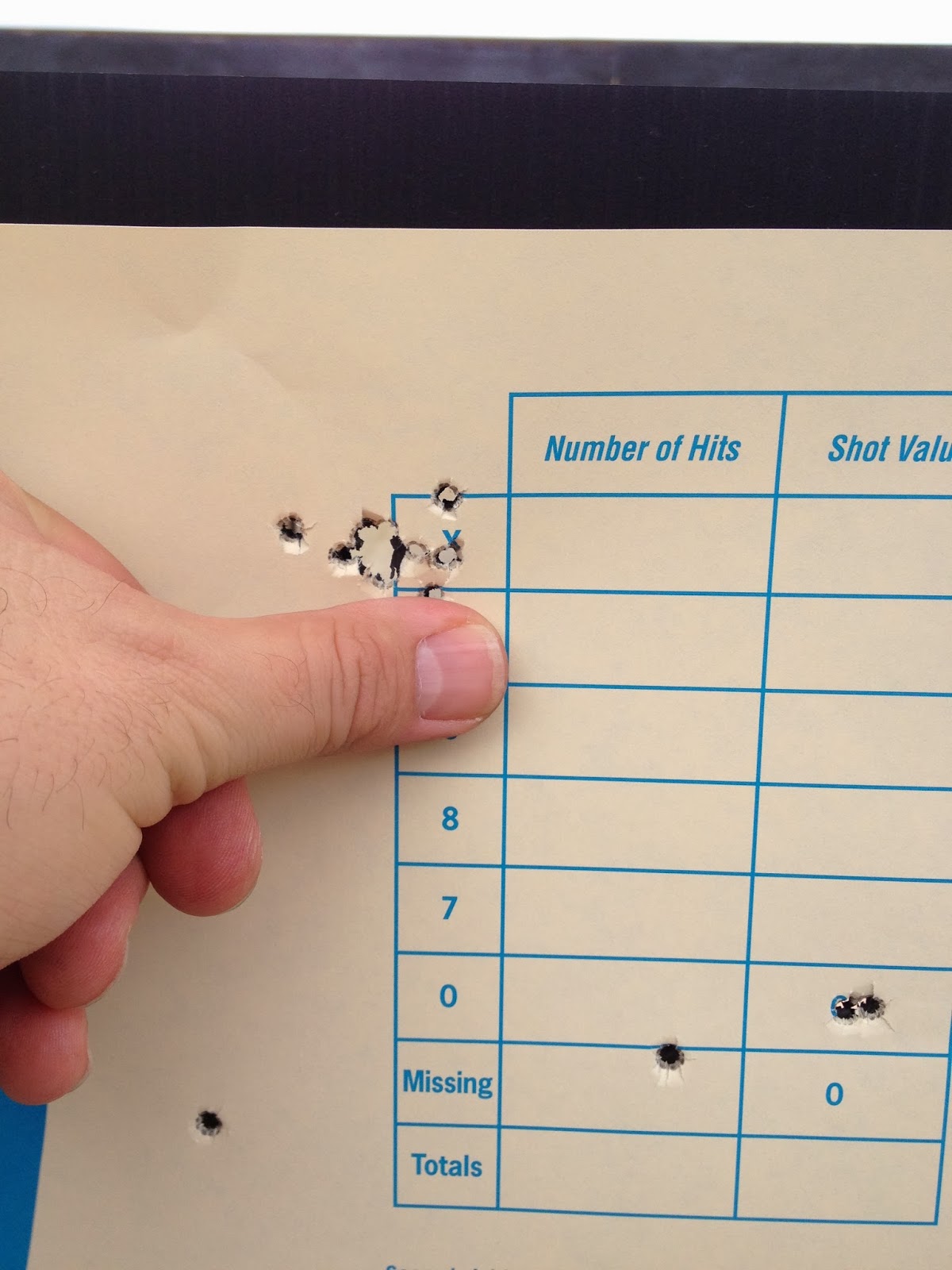 The Ruger 22/45 got a work out as well. Ten shots at the x box on the scoring chart at seven yards with five in one hole measuring about a half inch. I can't be happier with that.

My cousin gave me a turn behind his Mosin-Nagant. Ten rounds of 7.62 x 54R later, and I can happily report that I can hit the broad side of center mass at 50 yards with one. That, and my kidney stones have been pulverized sufficiently while my shoulder remains intact.

In other news, BSA reflex red dots do not work in bright light even on their highest brightness setting and even cheap 1911s are freakishly accurate. Borrowed a Umarex made Regent 1911 belonging to a friend of my cousin's for one mag. Six rounds through the same hole punching out the x at seven yards is hard to argue with.

The weather was beautiful, our energy ran out before our ammo did, and any day at the range beats a day doing anything else.
Posted by Daddy Hawk at 7:17 AM