A huge thanks to GunDude Drew, who gifted this class to me. He hosted Dave and knew how much I wanted to do this training. I don't know that I've said much about GunDude Drew yet, but he's our "training whore", and the newest member the GunDiva/GunDude family.

In July, 2020, GunDudes Drew, Double Tap, and I spent the weekend training under Dave Spaulding. It had been a while since I took a shooting course. The last one I took was my POST Handgun Instructor's course in 2018. I wasn't sure what to expect, except that it would be "awesome" according to Drew, who has taken all of Spaulding's classes.

To my happy surprise, I was not the only female in class. There were three of us: one had trained under Spaulding before; one was game, but in way over her head; and I was new to Spaulding, but able to hold my own. Since Jay bought me my Mantis for my birthday, I'd done a bit of dry fire training with that prior to Dave's class; between training with the Mantis and all of the Dot Torture I shoot, I was fairly confident I could shoot decently.

This was an excellent class to help refine some things I learned long ago, and to brush up on skills I haven't used in a long time. It was also an excellent way to pressure test my gear. In fact, by noon the first day, I'd already broken one holster trying to rack my gun off it. I didn't have another holster that fit my 43x with the rail on it, so at lunch, I switched to my M&P 2.0 and my duty belt.

At first, I was disappointed in having to change gear. I felt like my 43x and I were really clicking well and getting to know each other even better. I'd already been happy with how we got along, but spending the morning doing remediation drills (one and two handed), shooting strong and "stupid" handed, really reinforced that the 43x was the correct carry choice for me.

Like I said, changing to the M&P was a bit of a disappointment, but by the end of the day, I was happy I did, because I learned some things I could take back to my reserves. The most surprising thing I learned during our "Around the World" drill was that I couldn't shoot from the right fetal position while in my duty belt. The kydex holster (made by Long's Shadow, and an excellent holster) prevented me from being able to roll up onto my right hip. Now, someone with longer arms, who could leverage themselves up, or someone using a belt kydex holster instead of a big duty retention holster wouldn't have had the same problems.

The other big, for me, thing I took away from class immediately improved my one-handed shooting. I felt like I was pretty good one-handed prior to class, just because I practiced so much, but by taking Dave's advice and moving my thumb up from the standard thumb-forward position was a game changer.

By angling my thumb upward, it forces the gun deeper into my hand, making it easier to manage recoil and get back on target more quickly.

Just like spending the morning shooting the 43x solidified that I'd chosen the correct EDC gun, being forced to finish out the remaining day and a half of the class shooting my M&P was good for me. I could always shoot it okay, but I wasn't in love with it. I'm still not deeply in love with it, but I can shoot it much more competently than I could before and I'm far more comfortable. Since I bought the M&P so that I would be working with the same gun as most of my reserves, I am thankful that I spent so much additional time with it. The last time I shot the M&P that much was during my POST Handgun Instructor's course.

I came away from the Adaptive Pistol class with a lot more knowledge and skill for my own use, and that I could pass on to both students and my reserve deputies.

Additionally, I came away from the class with a determination to continue taking classes. I read voraciously, but it's not the same as getting out there and rolling around in the dirt, putting what you learn into practice. 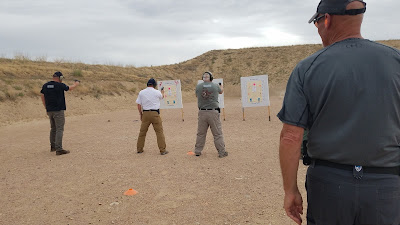 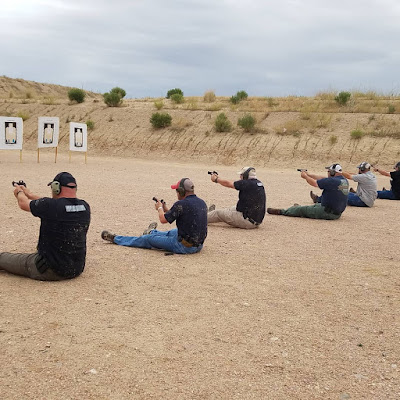 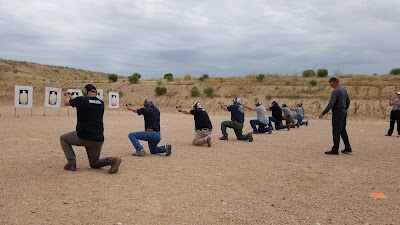 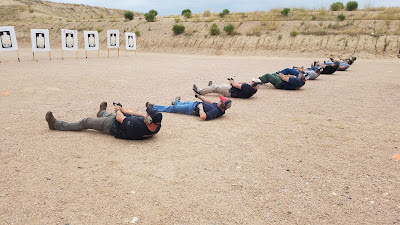 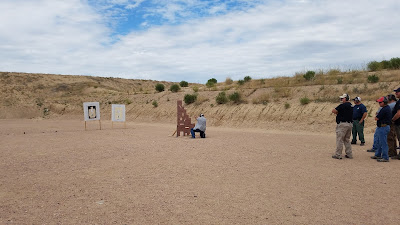 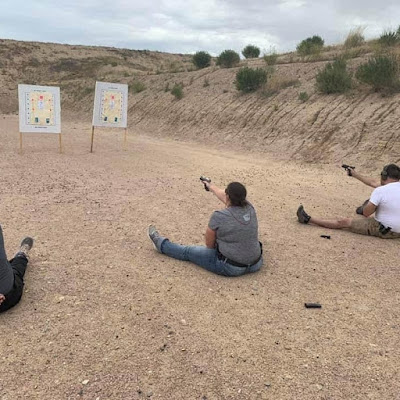 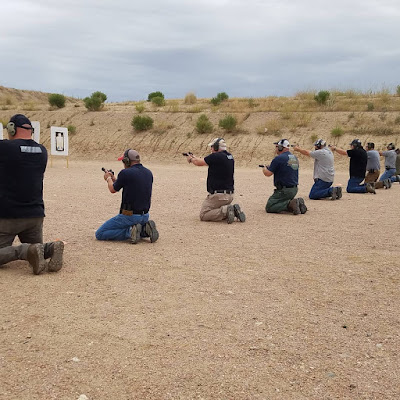