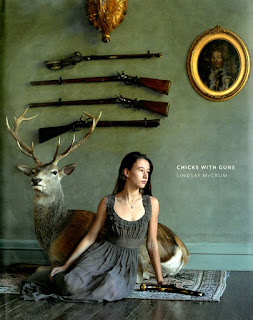 Guns... Living on a ranch they provide a huge element of protection! Not just from the "bad guys" but from coyotes, mt lions, rattlesnakes, rabid skunks, you name it. When I'm staying up late on an NCIS marathon, I have my gun on the nightstand and a ear listening for barking dogs.

Well, I've got the Facebook thing down. I rarely shoot and I don't know many GunDivas, but I'd love to be in on the drawing - it looks like a beautiful book!