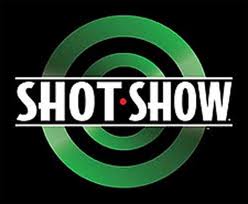 In a mere 22 days, I am headed to SHOT Show with my dear friend and fellow GunDiva, Tara Janzen.


The Shooting, Hunting, Outdoor Trade Show and Conference (SHOT Show) is the largest and most comprehensive trade show for all professionals involved with the shooting sports and hunting industries. It is the world's premier exposition of combined firearms, ammunition, archery, cutlery, outdoor apparel, optics, camping and related products and services. The SHOT Show attracts buyers from all 50 states and more than 100 countries. The SHOT Show is owned and sponsored by the National Shooting Sports Foundation and is produced and managed by Reed Exhibitions. (NSSF, 2010)

Even though I no longer work for the gun shop, the owner is gracious enough to invite me to go every year.  I went once as an employee (oh, boy, are there some stories from that Vegas trip) and had a blast.  Haven't been back since, so when Tara and I were invited this time around, we jumped on the chance.  We'll be going with Boss Man, Army Guy, and the Original Bad Boy.  Might be able to get pics of Boss Man and Army Guy, but probably not the Original Bad Boy.  Being camera shy has kept him alive a long time.
We'll take lots of pictures of the new products coming out and do some reviews of what we see.  I'm also planning on getting my picture taken with R. Lee Ermey, aka "The Gunny". 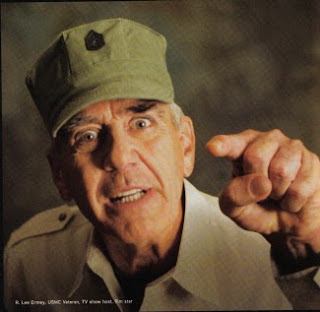 I met him last time I went at the GLOCK booth, but this time he'll be with SOG Specialty Knives and Tools.  He was super nice and not at all intimidating, but I wouldn't want to piss him off.

Also on the agenda is USMC Sniper legend Chuck Mawhinney at the Daniel Defense booth.  Erik Estrada will also be at one of the booths, but he is not on the agenda.

Very cool! I saw Gunny at the NRA conference this last May in
Charlotte. Where will this show take place? Too far away from SC I'm betting.

Hubby bught me a Colt Mustang .380 for christmas!! Yay! It shoots so nice also. Much nicer than the LCP. I'm in love!

SHOT show's going to be in Las Vegas, but you have to be involved in the shooting business(manufacturer, gun shop, etc)to attend. I'm super lucky that Boss Man has extended the invite and I'm going as a part of the gun shop.

You're going to meet Chuck Mawhinney? I'm jealous. I've heard he's one of the most humble people you'd ever meet, but I don't think I could be in his presence without feeling like he was trying to figure out the right DOPE to shoot me with. One of these days, I'm going to have to get an FFL just so I can get an invite to SHOT.

I am being FORCED to go a couple of industry/distributor shows but I absolutely REFUSE to do SHOT EVER again. Too many people and too much BS. I hate crowds and I hate Vegas. BUT I hope you have a blast!

I hate crowds and it can be overwhelming and a little scary when they open the doors. It's scary like Black Friday, I've been here waiting for the store to open for three days scary. But there's so much to see and do!