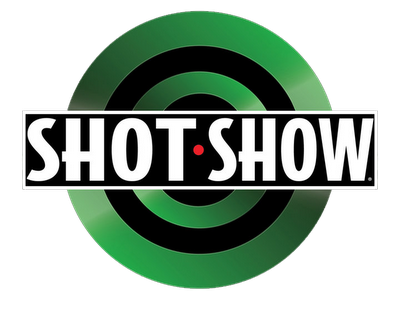 I've been to SHOT Show in the past, with the gun shop, but this is the first time I'll be going as a "Media Professional" (squee!).  Yes, I still giggle when I say that, and I've had my credentials for months now.

When Mrs Mom and I started this little blog in April of 2010 (seems like it's been longer!), we originally called ourselves Girls with Guns.  Seemed like a good idea at the time, until we realized that Girls with Guns was actually a T&A site and we didn't want to have anything to do with that.

We changed our name to The GunDivas and added a third contributor, Tara Janzen.  Us three amigas went along happily for a while and then I made the decision to add the GunDudes.  The reason was that I had a handful of males that I could always go to for information, but I didn't want it to come off as though *I* was the source of information.
And I've said all of that, just to say this: We're going to SHOT Show!
Well, some of us are.  Jay, Mez, and I are going.  I'd love for all of us to be able to attend, and maybe that's in the cards for next year, as there are contributors who live far away and who haven't even met in real life yet.
So, in eight days, we'll pack up Ripley and head on out to Vegas.  The one thing I had never been able to experience when I went with the gun shop was Media Day - to say that I'm excited would be an understatement.  I've heard about how amazing Media Day is and can't wait to see for myself.
Mez will be attending the State of the Industry dinner and I am eager to hear what he has to say.  I feel like this is an important year for SHOT Show - for all gun enthusiasts - and want to hear what the industry has to say.
Other than attending Media Day and Mez going to the dinner, we don't really have strict plans for our time at the show.  We'll cover as much ground and learn as much as we can so that we can share with you.
And, of course, when we return, there will be give-aways, just like we've done in the past.
Posted by GunDiva at 3:40 PM

So fun! Cant wait to hear all about it!

Color me jade green with envy right now- but y'all have a great time and remember-- LOTS OF PIX and FULL REPORTS!!

Glad you guys get to go. Here's hoping we can make it next year!

You're not a little excited are you? Cause I heard it was going to get postponed.